Monitoring the severity of cancer

The potential for pan-cancer test

A system approach to identifying biomarkers

Elypta’s liquid biopsy platform is based on the discovery that a panel of 17 metabolites - glycosaminoglycans (GAGs) - are specifically deregulated across several cancer types. These metabolites participate in a process crucial to cancer progression. Their deregulation depends on the tissue of origin of each cancer, thus allowing the definition of cancer type-specific signatures in blood and urine. 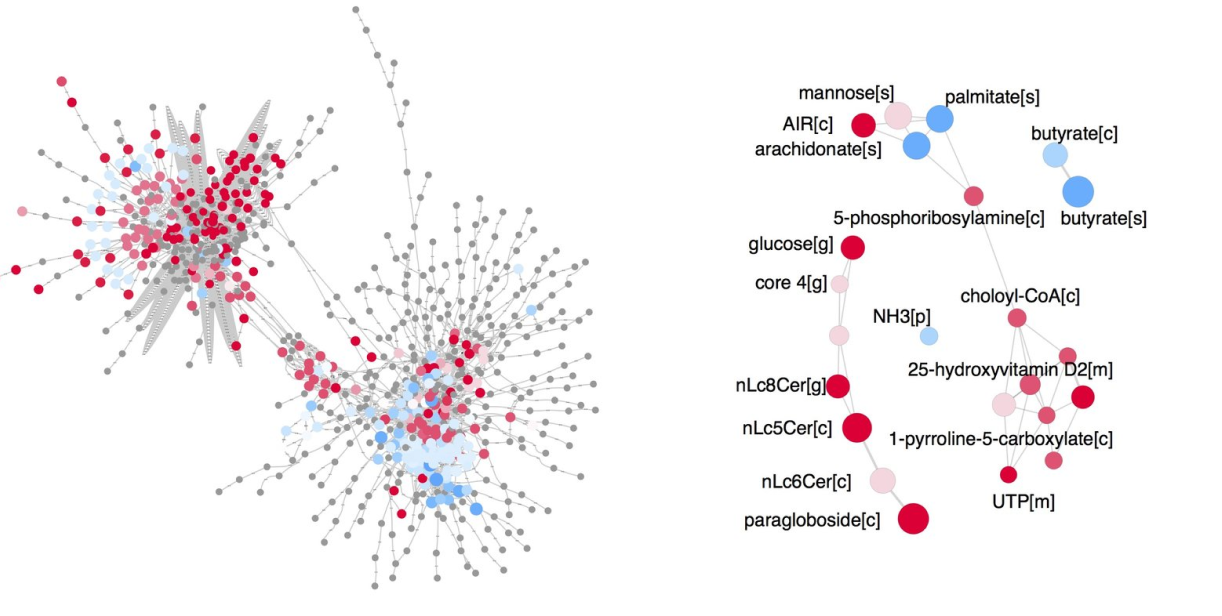 Our systems biology approach to identifying biomarkers starts by overlaying genome-wide data from cancer onto metabolic networks (Nielsen, 2017). This global and unbiased approach allows to highlight hot spots in metabolism unique to cancer. This enables selection of a specific set of metabolites that has the potential to become a cancer systems biomarker.

Genome-scale metabolic modeling further elucidated the hubs of metabolic regulation in ccRCC and led to the discovery of a panel of metabolites subject to a strongly coordinated biosynthesis (Gatto et al, 2016 (1)).

In 2014, it was shown that regulation of metabolism deviated in ccRCC compared to seven other common epithelial tumors (Gatto et al, 2014).

In a translational effort to validate this early example of system biomarker, a multicentre discovery cohort of 50 subjects was set up to define a signature for metastatic ccRCC. Remarkable differences were observed between patients and healthy controls. The results were independently validated in a new cohort of 27 subjects. The accuracy of the biomarker ranged from 92.7% up to 100% when blood and urine measurements were combined (Gatto et al, 2016 (1)). 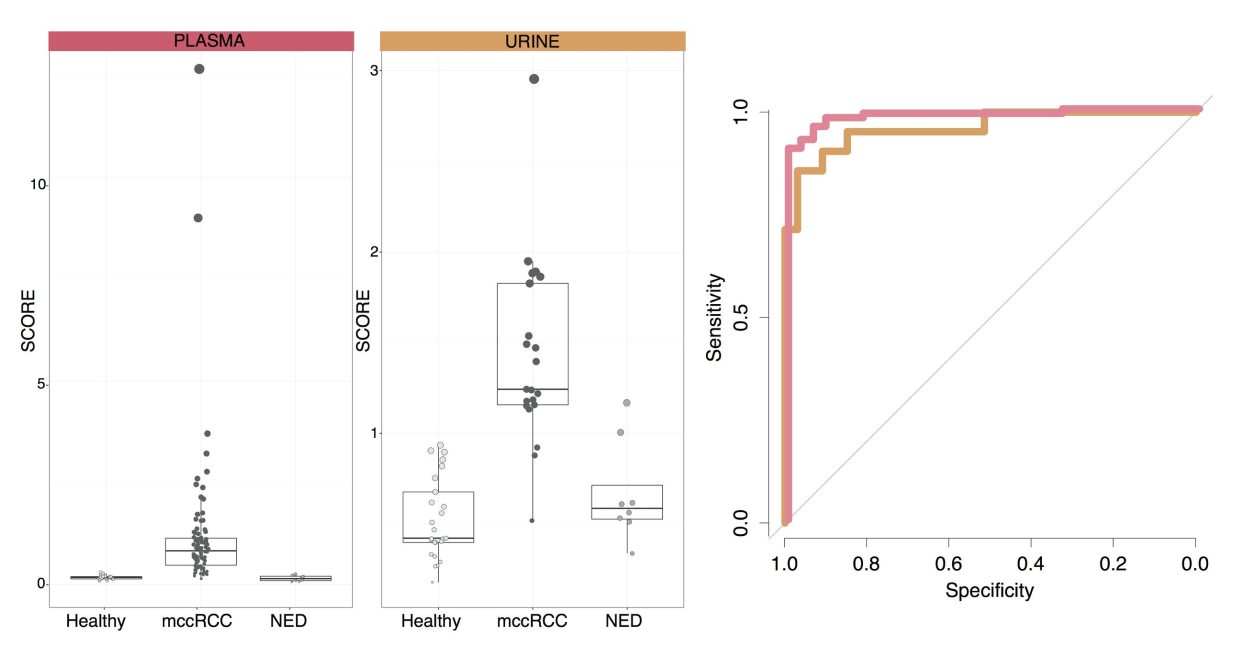 Scores in healthy, metastatic clear cell renal cell carcinoma (mccRCC) and no evidence of disease (NED) subjects in the plasma and urine. ROC curves for each fluid are shown on the left. Adapted from Gatto et al. 2016 (1).

Monitoring the severity of cancer

The quantitative score from the test may be used as a tool to aid prognosis of patients as well as to monitor treatment response. Explorative studies suggest a correlation between Elypta’s test score and the probability of progression or death (Gatto et al, 2016 (2)). 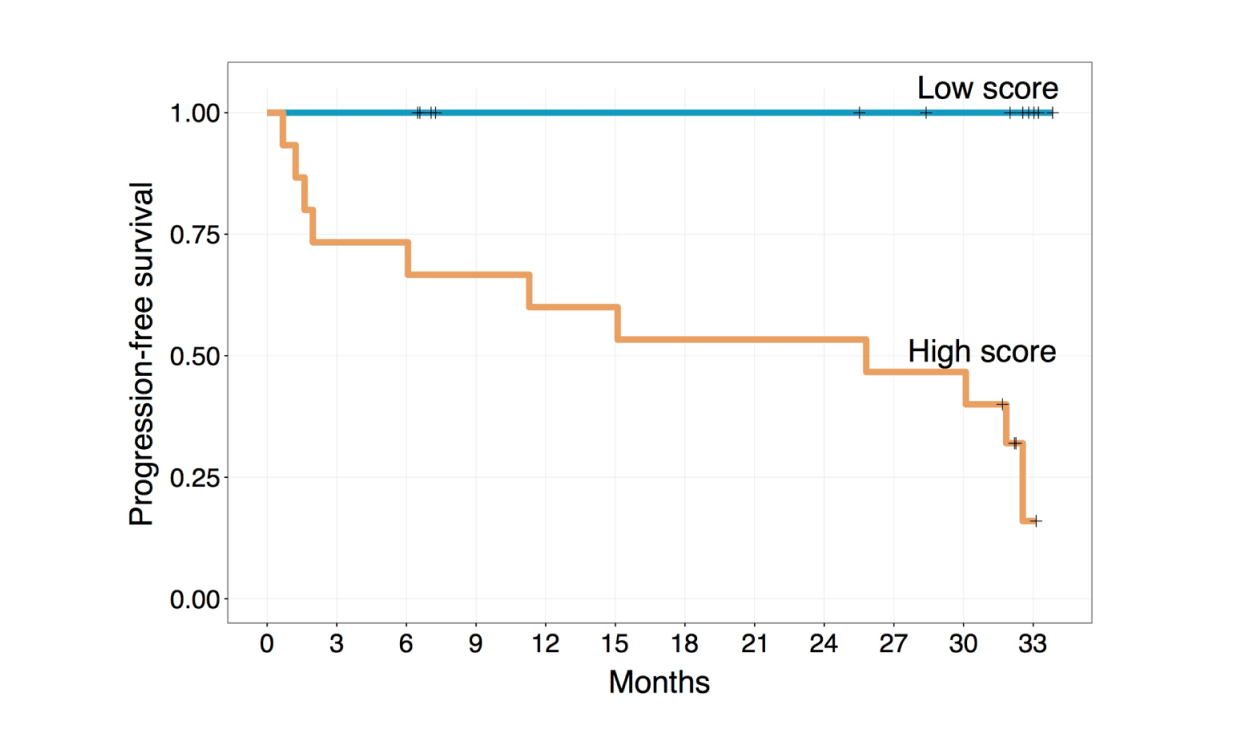 Metastatic clear cell renal cell carcinoma patients were split into two groups depending on the urine scores. Cancer never progressed in patients with low scores in over 2 years of observation, as opposed to patients with high scores.

Exploring the potential for pan-cancer test

Elypta has further investigated metabolic regulation in other cancer types suggesting potential for the system biomarker to be useful in across cancer. Through retrospective studies, distinct signatures has been detected in multiple indications. 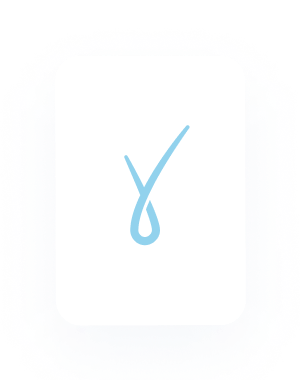 Systems Biology of Metabolism: A Driver for Developing Personalized and Precision Medicine 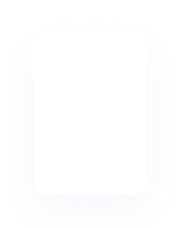